As in other states and locales consistently, in Florida opioid-related deaths have increased steadily over past years, with significant increases in overdose deaths involving opioids continuing through 2015 to 2016, to 2017, in central Florida reportedly a 9 percent increase this year, 2019. 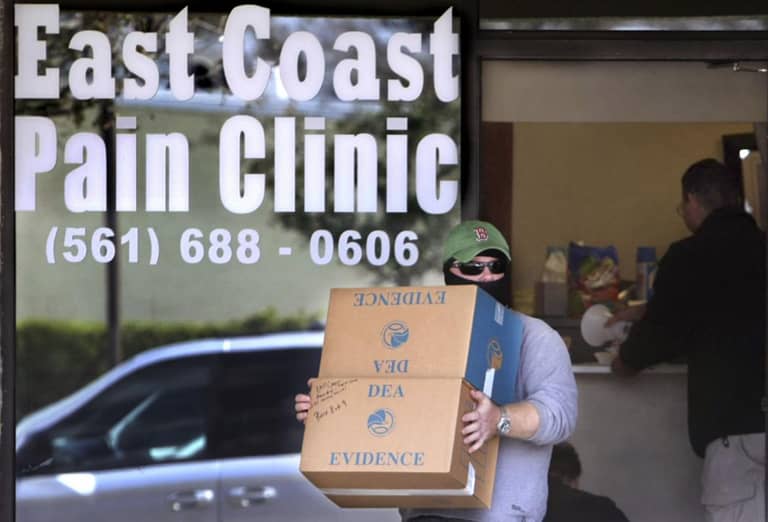 And as in other locales consistently, that increase is occurring associated with increases in provision of the medical fix, or “treatment” for compulsive opioid use – medical provision of the addictive, abused and diverted substitute opioids methadone and buprenorphine (Subutex, Suboxone), those programs variously termed Opioid Substitution Treatment (OST), Medication Assisted Treatment (MAT), now branded Medications for Opioid Use Disorder (MOUD).

In Florida, increasing capacity – over the same time that opioid-related deaths have increased –

for provision of those “gold standard” medical treatments is represented by funding and support for MAT programs, known capacity for outpatient Opioid Treatment Programs (OTP) and by notable increases in medical professionals gaining certification (“waivered”) to dispense the substitute opioids.

In Florida capacity as measured by yearly gains in waivered physicians – medical prescribers certified to dispense opioid “anti-addiction” drugs like Subutex and Suboxone – has increased dramatically. 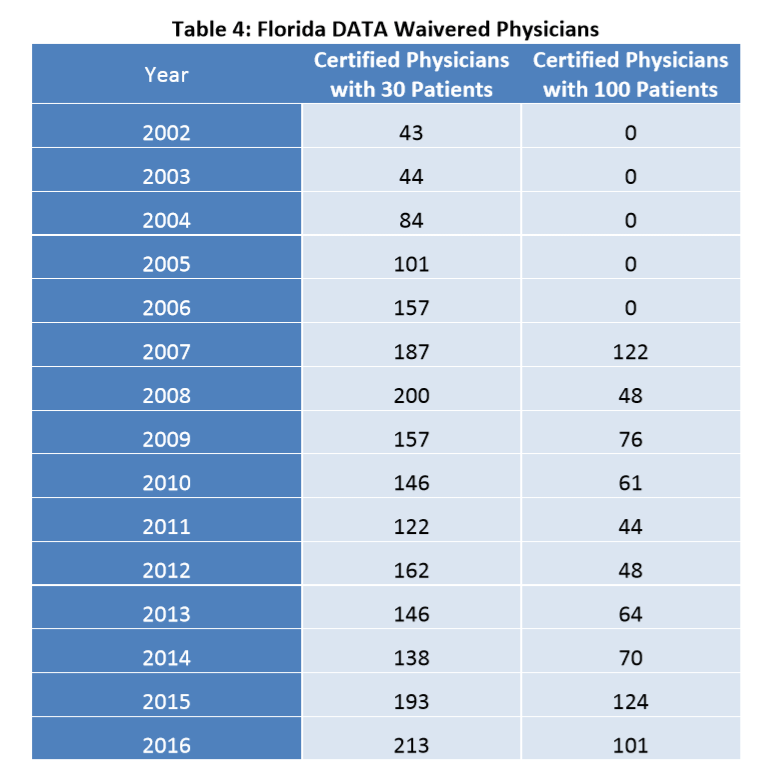 As of 2017, the reported capacity provided by OTPs providing primarily methadone was significant:

For the existing capacity for MAT, 52 methadone OTPs self-report serving approximately 19,380 individuals a year. The 19 sites that are registered as not-for-profit serve 6,861 individuals.

Funding and support for MAT in Florida has increased dramatically beginning two years ago or earlier:

Those trends in funding and capacity must be assumed to have represented increase in availability and provision of the medical gold standard opioid crisis fix for Florida residents trapped in compulsive opioid use over past years.

Yet opioid-related mortality, due to high-risk opioid use, continued to climb.

More definitively, non-lethal opioid overdose incidence appears to continue to increase as well, per reports for central Florida up 7 percent this year (2019).

More definitive, as consistently for other locales, because any decreases in opioid-related overdose deaths are accounted for by increasing provision of OD death-reversing naloxone, confounding any posited effects of MAT provision. Increases in non-lethal opioid overdoses are, in contrast, a direct measure of high-risk use not confounded potentially by increases in use of death-preventing naloxone.

High-risk use increasing in response to continued increases in provision of the medical substitute opioid “treatment” directly invalidates effectiveness of that medial fix for the non-medical condition of compulsive opioid use.

Instead, as consistently evidenced in other states and locales, increases in measures of high-risk opioid use point to OST/MAT/MOUD contributing to and worsening the lethal medically-generated crisis –

predictably. It was manufactured, branded and promoted on fabricated evidence for effectiveness just as generation of the crisis was, its failure not explained away by the emergence of fentanyl and constituting a fraudulent diversion of public healthcare funds away from longstanding evidence-based therapies for the non-medical condition of compulsive substance use.