In a TV news interview, Obama administration Surgeon General Vivek Murtha slipped and exposed obvious truths that invalidate the made-up medical model of addiction as a “disease of the brain” – acknowledging that the required treatments are counseling, not medical, and that people are driven to use drugs to attempt to “medicate” emotional distress.

Watch and hear his 2016 PBS News Hour interview statements here and in that video embedded right below this post, beginning around the 4:03 mark. Murtha was discussing his report addressing the opioid crisis, the medical industry’s role in that crisis, and the broader U.S. substance use epidemic.

There are multiple lines of evidence and evidential reasoning – involving epidemiology, biology, etiology and logic of causality, behavior of substance abusers and their reliable reports of their experiences, 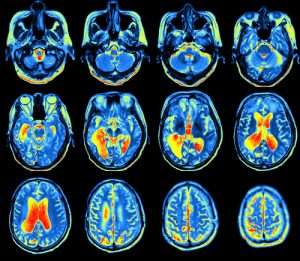 nature and course of “relapse” – each independently invalidating the made-up medical model, “chronic disease”, or “hijacked brain” fiction of substance use. Additional analysis of the lethal failure – over decades of research and $billions diverted to medical model research – of the medical industry to identify a biological cause or generate effective medical treatments, instead generating an opioid crisis and steadily worsening national substance use epidemic, invalidates the fiction of substance use as a medical condition. 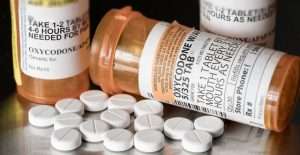 That opioid crisis resulted directly from the inappropriate and lethal application of medical model thinking and medical responses (prescription of opioid pain medications) for a condition that is established as entirely non-medical. And the contradicting evidence was longstanding, established all along.

Surely we’ve learned from that lethal, catastrophic medicalization of an entirely non-medical condition.

The medical industry-generated opioid crisis is being responded to with . . . a medical fix that is not supported as working by research evidence. That’s partly because the medical-model response is leaving out the Treatment part of Medication-Assisted Treatment (MAT), with predictable failed outcomes.

Meanwhile, treatment as usual (TAU) for substance use problems continues largely unquestioned, driven by the invalidated fictional “chronic brain disease” model, and deceptive, false promises of a magic pill, just around the corner, for Americans trapped and dying in opioid and substance use epidemics.

So the unguarded, fundamentally invalidating remarks by past Surgeon General Vivek Murtha that belie, contradict the fictional “chronic brain disease” model are notable, important, insightful, incriminating, and a revealing rip, unraveling of the Matrix.

His relevant comments begin at about 4:00 into the PBS News Hour video. 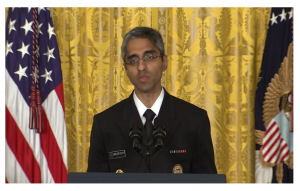 Murtha, unwittingly, and also here overtly serving through the interview as a tool and press secretary for the Medical Industry, nevertheless offered authentic observations and assertions.

At about 4:05 in, he was asked, “What is it that we know that can be done to help people to stop these [substance abuse] problems from developing?” Murtha, who had dutifully endorsed the “chronic brain disease” model, went on to contradict that fiction, avoiding any mention of medications, inoculations, any biomedical treatments or preventative measures at all that would be appropriate for a neurological or “brain” condition.

Instead, he focused helpfully and accurately on inner distress, both “emotional pain” and more generally “stress”, or anxiety as the drivers, the causes underlying compulsive use of substances or “addiction”, “If we can teach young people to deal with stress in a healthy way we can go a long way toward preventing substance use disorders.”

He went on to discuss “treatments” and the need for more training of clinicians to provide treatments, but still no mention of medications or biomedical treatments, again focusing on teaching “young people” to manage stress without use of mood-altering substances, and adults as well, in “community-based programs that focus on dealing with stress in a healthy way”.

That is, Dr. Murtha addressed treatment and prevention of substance use problems only in terms of therapy, or psychosocial interventions – behavioral health interventions that address belief systems, self-management of emotional states, behaviors. He was right on target and did not seem to realize that he was completely undermining the disease model.

There are a number of ways that Dr. Murtha’s accurate observations undermine and invalidate the “chronic disease” or “hijacked brain” models.

One of those ways is recognizing that when a problem is caused by, maintained, and is about behaviors driven by inner emotional states, and the indicated treatments are behavioral health therapies to manage anxiety or “emotional pain” or other distress, that’s not a disease, let alone a brain disease. Brain diseases are treated with medications, surgeries, other biomedical interventions. The treatments described by the Surgeon General are what we call skills training and psychotherapies for anxiety, depression, or other emotional disturbance, and it turns out that is the evidence-supported treatment model for all substance use problems, the subject of multiple upcoming posts.

Another, independent invalidation of the “chronic brain disease” fabrication emerged from his comments is about cause-and-effect, because causes can’t work backward in time.

The “hijacked brain” story holds that the chronic brain disease of “addiction” is caused by extended regular use of a substance, causing over time changes in the brain that then impair functions like impulse control and emotional regulation, increasing impulsivity and causing abuse of substances.

But that leaves out something critical – and falsifying. What was driving in the first place the extended regular use of an addictive substance – not moderately but in great enough quantity that over time caused the brain changes severe enough to produce a disease state?  Was it the brain disease causing the initial period of regular use required to cause the brain disease? The logic just doesn’t work out.

Consider chronic pain. We know that centralized chronic pain is a condition in which patients have the inner experience (involving complex, integrated perception of sensations, emotional states, and thoughts) of “pain” as real as any pain. And we know that it is psychogenic – generated or associated with those inner states, not by physical conditions like damaged tissue, inflammation, the physical impact of a tumor on nerve endings. 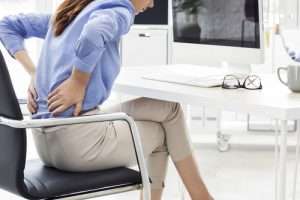 We also know from those patients’ consistent reports – which we have no reason to doubt, do not doubt, and have experienced ourselves – that compulsive pain behaviors, like wincing, grimacing, moaning, changing body position, restricting movement, “favoring” body areas, etc., are compelled by those inner states that include beliefs, or thoughts about the sensations.

We do not and never will construct their behavior, reports, and symptoms as “a chronic disease of the brain” because we know that is not supported by the evidence – at all. It makes no sense. It is clear that they are engaging in self-defeating behaviors – including limiting their activity and compulsive, harmful use of substances – as driven compulsively by distressing, discomforting inner states we call “pain”. It is clear that the self-defeating behaviors, including misuse of substances, are behavioral symptoms compelled by distressing, unwanted inner states.

Illegitimate medicalization, against all lines of established evidence, of common chronic pain, an entirely non-medical condition, created the opioid crisis with associated deaths and illness, a predictable and avoidable outcome. 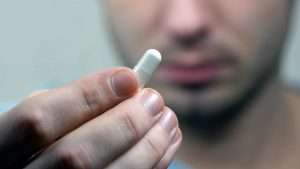 Illegitimate medicalization, against all lines of established evidence, of compulsive use of mood-altering substances, or “addiction”, an entirely non-medical condition, has diverted decades of support and $billions away from psychotherapies established as effective, for the false promise of a magic pill, and perpetuated and worsened a national substance use epidemic with associated deaths and illness, a predictable and avoidable outcome.

Additional posts will deconstruct other lines of evidence bearing on the invalidated disease model of addiction.