Hepatitis C, Hep A and other infectious drug injection-related diseases are on the rise in the U.S. “in wake of opioid crisis”, caused by unrelenting, continuing increases in high-risk opioid use. 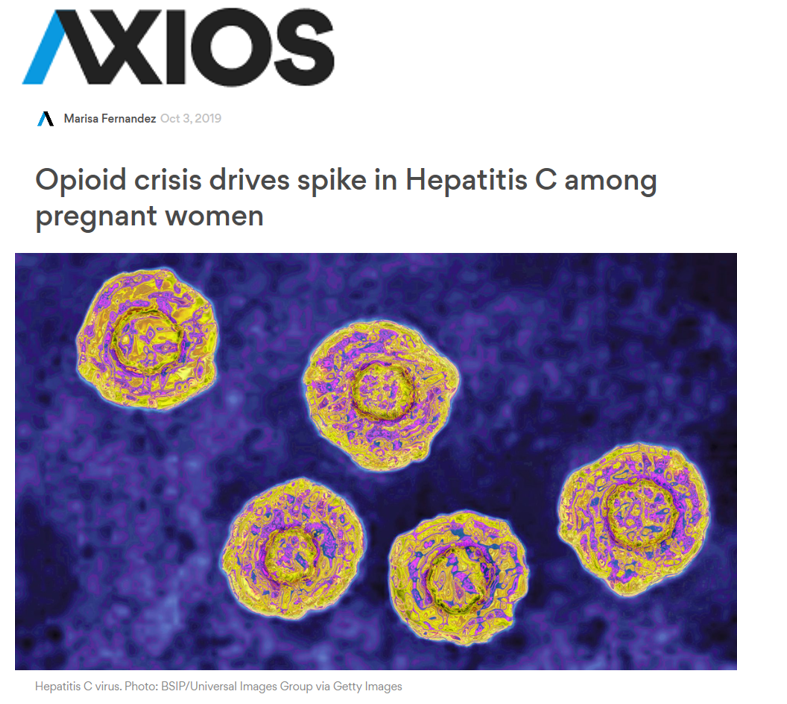 From the AXIOS report –

The rate of pregnant women with Hepatitis C was 5 times higher in 2015 than in 2000 due to the substantial level of opioid abuse in the U.S., according to the CDC’s Morbidity and Mortality Weekly Report released Thursday

The big picture: 68% of pregnant women with Hepatitis C have opioid use disorder. Overall cases of the virus almost tripled in the past few years, an effect of the opioid crisis and the unsanitary use of needles by drug users, CDC previously reported. 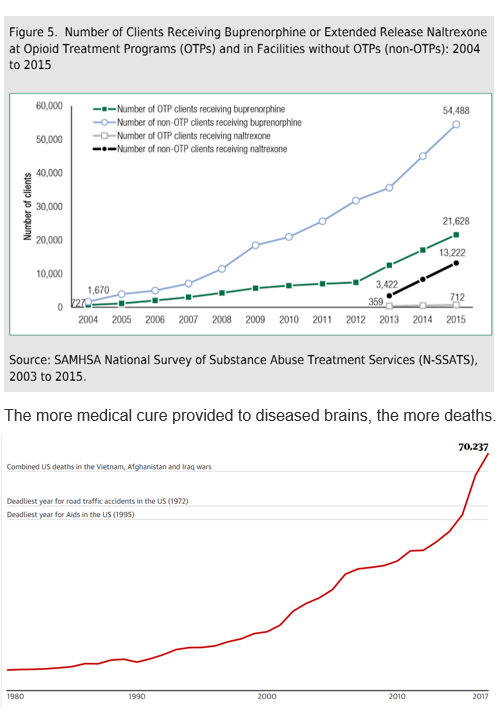 That’s a demonstrable pattern – despite efforts of popularizers of the failed medical OST “treatment” – that is not explained away abuse with known risks of fentanyl.

Hep C, Hep A, and other infectious diseases are on the rise in the U.S. “in wake of opioid crisis”, caused by unrelenting, continuing increases in high-risk opioid use, that high-risk use generated by iatrogenic (medical provider-caused) runaway prescription of opioids over decades against all indications, for the non-medical condition of common chronic pain, now driven and worsened by the runaway dispersal of addictive and diverted opioids (methadone and buprenorphine)  constructed without evidence of benefit as a medical “treatment” and fueling economies of abuse and high-risk use. And funded fraudulently with public healthcare money.

Against continued rationalizations (collaborative media/industry lies) for the failures of the fabricated medical “fix” for the medically-generated lethal opioid crisis – the increases in injection-related infectious diseases provide determinative confirmation of the predictable harms and failure of never-validated medical fixes for the non-medical condition of compulsive opioid and other substance use.