For the first time in 25 years, rates of smoking among teenage boys in Ireland are increasing, according to a study published in ERJ Open Research.

The study also shows that rates of vaping among teenagers have risen in the last four years and that teenagers who use e-cigarettes are more likely to smoke.

The researchers say their findings indicate that Ireland will not meet its targets to reduce smoking rates and they add to evidence that vaping could be promoting a new generation of young people addicted to nicotine.

Use of electronic cigarettes and similar devices to deliver nicotine by inhalation was branded and promoted as another medical harm reduction fix for epidemics of compulsive substance use. For adults, that use for benefit in stopping cigarette use was heralded as proven in a “seminal study” by the same expert media/medical collusion that determined that opioids would be safe and effective used for all pain, generating a predictable and increasingly lethal opioid crisis.

In 2017 America’s top medical journal endorsed the FDA’s “innovative plan” to promote use of vaping devices to reduce the public health burden of cigarette smoking.

The rest, as they say, is history, including within months of that endorsement in JAMA emergence of a youth vaping epidemic.

The predictable evidence for, instead of harm reduction, a public health threat from promoting new, socially desirable, appealing ways to generate nicotine dependence began emerging early. Along with the dramatic increase in vaping, part of that evidence – largely ignored – includes shifts, deflections, in epidemiological trends: slowing, “stalling”, and apparent reversal in population levels of cigarette use that had been steadily declining for decades – corresponding to youth and adults taking up nicotine inhalation with the new, popular delivery devices then responding to contingencies and circumstances to shift, once dependent, among products capable of delivering nicotine by inhalation.

Population-level signs of the vaping-cigarette gateway effect were evident – and ignored – as reported in October of 2018 in a news piece by CNBC. Signs of the same effect in Canada and France soon followed. 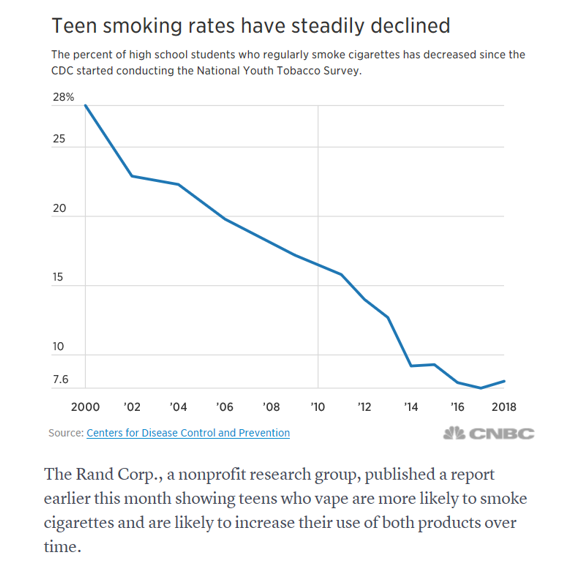 The 2018 apparent uptick in youth cigarette smoking was not statistically significant. Yet trends in dramatic vaping increase and concurrent leveling or increase in cigarette use are real. 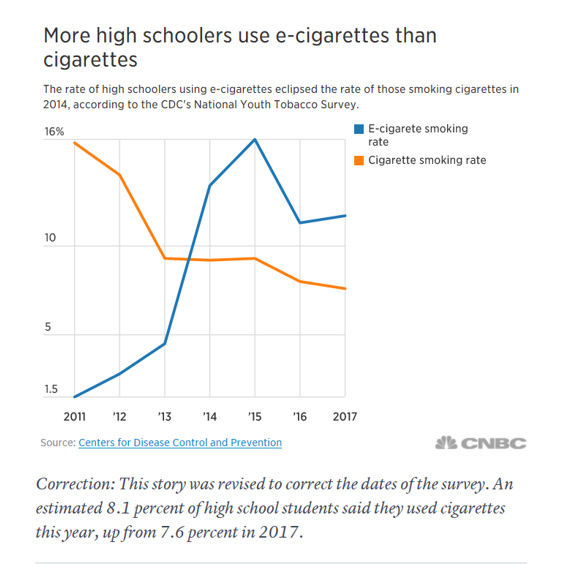 New survey reports from Ireland point to the same effect: after decades of declining use of tobacco cigarettes by youth, that trend may be stalled or reversed, as evidence accumulates for a direct link between increasing initiation of nicotine inhalation using vape devices leading to new cigarette smokers.

Profitable misbranding and misapplication of medical fixes for the non-medical conditions of chronic pain and compulsive substance use (“addiction”) predictably generated and worsen increasingly lethal, avoidable epidemics. Exposure of the fabrications with regulation and corrections to protect public health and reduce deaths will require emergence and use of novel behaviors and capacities, new uses of power and of acquired cultural capital for social change: adaptive learning and moral behavior to replace established and socially normed vice and cowardice. 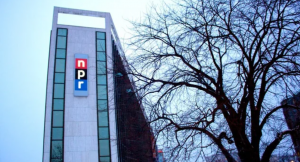 ADDICTION TREATMENT WORKS WELL . . . WHEN PATIENTS CAN BE KEPT SHIELDED FROM AVAILABILITY OF ADDICTIVE DRUGS