Like Suboxone for the opioid crisis, promotion of e-cigarettes to address tobacco use as “harm reduction” is supported by establishment Medicine citing signs of decreased rates of both tobacco and e-cigarette use by youth, but more recent data point instead to worsening effects: booming rates of vaping by kids, increasing their risk of smoking tobacco, and through the known action of nicotine helping to fuel a diabetes epidemic.

In the failure to provide medical treatments with benefit, or identification of medical causes, or progress against a substance use epidemic despite decades and hundreds of $billions in research dollars and public funding dedicated to “addiction medicine” and the invalidated medical model of addiction, the medical industry protects control of resources and appearance of legitimacy by promoting “harm reduction” strategies – those approaches  having the appearance  and  branding of medical or medication fixes for the medically-generated epidemics. Look, we’re fixing this with medications, or with drugs to replace the more dangerous ones.

It’s not working, in case we haven’t noticed.

Suboxone and Medication-Assisted Treatment (MAT) for the opioid crisis, for example, are seemingly universally embraced by the medical healthcare industry and popular media as the fix for the crisis. It goes without saying that MAT is the established medical fix for the medically-generated opioid crisis. The research however, critically examined, does not support effectiveness of MAT as currently implemented if at all, recent studies pointing to overall treatment failure and with continuing drug abuse in MAT programs.

Okay, but what about Nicotine Replacement Therapy (NRT) and prescribed medications to quit smoking?  This – they don’t have significant benefit for smoking cessation, may likely be worsening the problem, more about that later. But they work well for keeping patients coming back for medical visits, creating the appearance of legitimacy and control in the area of problem substance use for an industry that created the opioid crisis. Those expensive medical visits unfortunately provide no benefit because NRT is not supported by research(1-5) as providing significant benefit for tobacco cessation.

Newer research including meta-analysis point to no tobacco cessation benefit (no difference in cessation rates compared to no treatment) from NRT:

The large, naturalistic (realistic, data coming from natural community settings) survey by Herd, Borland and Hyland(5) adds to evidence that urges per se to use substances, specifically tobacco, do not predict return to problem use (“relapse”), instead other factors, notably decreased self-efficacy – a person’s belief that she is effective in making important changes by her own choices and actions. Self-efficacy is inversely related to belief in the invalidated disease model of addiction, instilled in patients by the medical industry and addiction treatment programs. That falsified model, internalized by trusting and vulnerable patients, predicts disinvestment in personal efforts and changes – what’s the point of making big changes when my problem is a “chronic disease of the brain”? – and is a key predictor of relapse. The incorrect and invalidated effectiveness of medications and NRT for tobacco cessation is based on the assumption that urges drive relapse.

Two strikes so far against medical fixes for problems – compulsive behaviors driven by inner distress – that are entirely non-medical, so those failed approaches were predictable, like the opioid crisis. 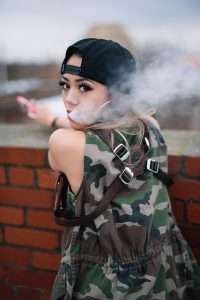 Now we have endorsement by medical public health authorities in the nation’s premier medical journal of the Food and Drug Administration (FDA) plan to address the half million annual deaths and additional costs due to smoking by encouraging use of e-cigarettes, or “vaping” – delivery of addictive nicotine in cigarette-like devices, with the nicotine but not tobacco, reducing risk of illness and death due to the combustion products of tobacco.

Endorsement of the FDA plan in the Journal of the American Medical Association (JAMA) cited a small downward shift in vaping by youth over just one year- 2016. But as described in new reports in the online news source Vox, more recent data point to booming use of e-cigarettes among youth, that use increasing likelihood of young people starting to smoke (tobacco) cigarettes.  Additional takeaways from the 2018 report on e-cigarette use by the National Academies of Sciences, Engineering, and Medicine include:

Wait . . . what? Findings of the comprehensive review of available research are mixed:

2) use of e-cigarettes may or may not decrease prevalence of tobacco use among adults – leaving the question of effectiveness and wisdom of the e-cigarette harm reduction strategy unanswered. 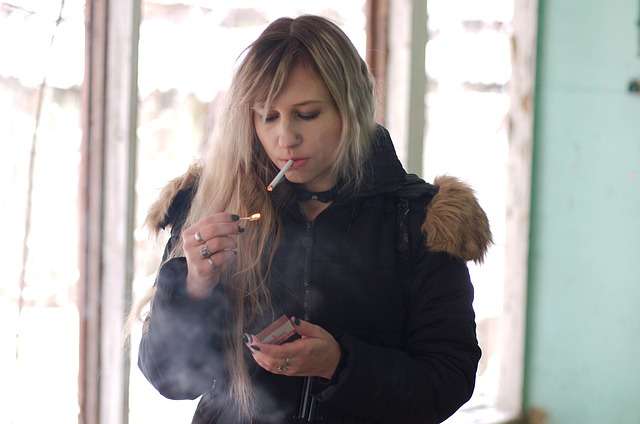 Remarkably, the esteemed Academies and Medical Industry reviews and recommendations along with media analyses of results, policy, and implications for public health have not yet addressed the concurrent public health epidemics directly impacted by proposed use of an FDA vaping promotion campaign – childhood obesity epidemic and childhood and adult diabetes epidemic fueled partly by nicotine use.

Strike three. But in their game, the batter’s never out.

Is it time for a critical discourse ?

Check the videos below on the unknown dangers of increasing vaping in kids:

Doxa Deconstructed: Chronic Pain is Not What You Think, Is What You BelievePrevious Article