As elsewhere, consistently, marked increases in use of the overdose death preventing drug points to a worsening, lethal opioid crisis unresponsive to medical treatments

From the news piece –

The BC Centre for Disease Control (BCCDC) estimates there are 1,000 to 2,000 overdose reversals per month. An overdose reversal is the process of saving people from dying of an overdose through preventative measures, most often with the medication Naloxone, which can stop the effects of opioids.

While overdose reversal numbers have been available online for a number of years, they aren’t often highlighted by the province or journalists.

Current reversal estimates are based on information recorded by overdose prevention sites (OPS), paramedics and hospitals, and on the distribution and usage of take-home Naloxone (THN) kits.

THN kits are the province’s solution to save lives by making overdose reversal training and medication readily available. Since the program began in 2012, there have been over 96,000 lives reportedly saved with Naloxone intervention.

“Non-fatal overdoses are happening more often than people realize … It’s a bigger issue. We can see that already with the astronomical amount of fatal overdoses, that people are dying,” said Boyd.

The report, predictably, neglects (avoids) to follow the data to its meaning and import. As explained in multiple related posts, non-fatal opioid-related overdoses are a measure of the presumed efficacy of medication assisted treatment (MAT), because any beneficial effect from use of those substitute opioids comes – must come – from reducing high-risk opioid use by users, like use by injection for example or use with benzodiazepines or use of street drugs under the common knowledge of the risk of those drugs having unknown, dangerous concentrations of fentanyl. So, increases in incidence of non-fatal opioid overdoses are direct indication of lack of efficacy of MAT.

As established and explained in a series of related posts here at A Critical Discourse, in contrast to the directly measurable OD death-preventing effects of naloxone use, attribution of any benefit of MAT requires evidence for MAT acting by affecting behaviors of opioid users, specifically by reducing high-risk use, the only mechanism by which MAT would provide benefit.
The confounding effects of naloxone campaigns and resultant reductions in death by overdose have never been adequately controlled for in studies used and spun by the coalition of pharma/medical industry, public health institutions, media and popularizing writers manufacturing “evidence” for the fabricated effectiveness of MAT – exactly as “evidence” was fabricated to support the never-validated runaway over-prescription of schedule II opioids that generated the lethal epidemic.

Legitimate, validated evidence for use of substitute opioids as a medical “treatment” has never existed, instead all lines of accumulating evidence point to OST driving and worsening the lethal opioid epidemic, fueling street and prison economies of illicit and high-risk opioid use. That evidence includes measures of high-risk opioid use including increasing incidence of opioid overdose (as distinct from overdose deaths) as well as of opioid injection-related infectious disease – as  provision of the medical “treatment” has increased. The constructed distraction of increased presence of fentanyl in illicit opioid economies, on analysis, cannot account for failure of MAT to moderate high-risk opioid use over decades of increased provision of the medical “treatment”, instead to worsen high risk use and the opioid crisis.

Predictably, increased provision of a medical “treatment” for problem opioid use in lethal epidemics, never supported by evidence, is consistently failing everywhere:  in Scotland as it is in the U.S., France, Canada, and other parts of the world. Predictable because the “evidence” for its effectiveness was never credible or held up to critical analysis – just as for the fabricated evidence used to rationalize medical misuse of opioids generating lethal opioid crises – and because consistently all lines of relevant accumulating evidence point to increasing harm as the prescribed substitute opioids fuel street economies of high-risk opioid use and divert resources and patient motivation away from longstanding evidence-based therapies for problem substance use.

It’s established that nationally and at local levels apparent reductions in overdose deaths are due to campaigns and increased use of the overdose death reducing opioid antagonist naloxone (Narcan) – those reductions in mortality directly observed and recorded.

Data on naloxone reversals of potential deaths by overdose point to incidence of those reversals accounting for estimates of reduced mortality, leaving no opioid-related mortality reduction that can be attributed to the invalidated medical fix for the non-medical condition of compulsive opioid use – variously termed medication assisted treatment (MAT), opioid agonist therapy (OAT), or opioid substitution treatment (OST).

Indeed, given that any and all reductions in mortality due to overdose by emergency use of naloxone for reversal of lethal respiratory depression at the same time represents – measures – incidence of high-risk opioid use, the evidence simply reinforces the failure of MAT to moderate high-risk use, instead as established by consistent and accumulating evidence reinforces the medical fix as worsening the lethal epidemic. 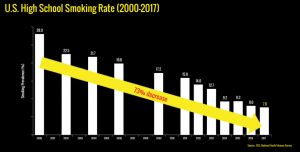 ACCUMULAING EVIDENCE THAT YOUTH VAPING IS A GATEWAY TO CIGARETTES 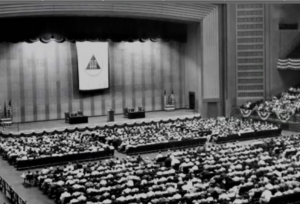 MORE EVIDENCE THAT YOUTH VAPING IS A GATEWAY TO CIGARETTES