MORE EVIDENCE OF NO BENEFIT FROM USE OF ADDICTIVE DRUGS AS MEDICAL HARM REDUCTION:

Late in 2017 the nation’s top medical journal – Journal of the American Medical Association, JAMA – featured endorsement of an “innovative” plan by the U.S. Food and Drug Administration (FDA) for use of electronic cigarettes, “vaping”, to substitute for that of tobacco cigarettes as a form of medical harm reduction. The message was clear and came from one of the America’s most trusted and authoritative medical institutions: vaping is a much safer alternative to smoking. That message targeted, through mass media dissemination, a vulnerable and trusting public trapped in arguably this culture’s most costly and lethal compulsive substance use problem, the annual half-million deaths due to tobacco use eclipsing those related to alcohol, opioids, and other street drugs combined.

The message would also have been taken as authoritative by America’s medical professionals, who encounter smokers routinely in primary care and other settings and advise them on interventions to help stop smoking. Institutions including top medical journals, medical regulatory agencies, and media have powerful influence on American medical practice, their cultural fabrication of a new medical gold standard  for treatment of chronic pain, for example, substituted for clinical and ethical judgment and responsibility and resulted in runaway, medically inappropriate dispensing of Schedule II opioids for the established non-medical condition of common chronic pain generating a lethal public opioid crisis. But that’s another story. 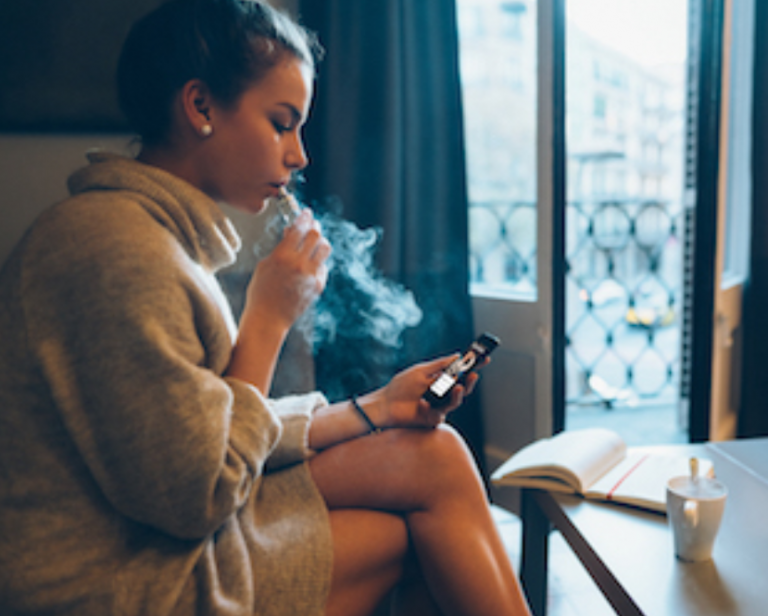 The public disinformation campaign worked, providing for booming sales and use of vape products. Worked, that is, apart from the worsening child nicotine dependence epidemic.

But it’s not just advertising at work, when e-cigarette use is endorsed as an innovative harm reduction approach in the nation’s leading medical journal, and the same journal endorses a research report – disseminated to American medical practitioners – with claims that vaping is an effective method for stopping cigarette use, repeated in authoritative media outlets. 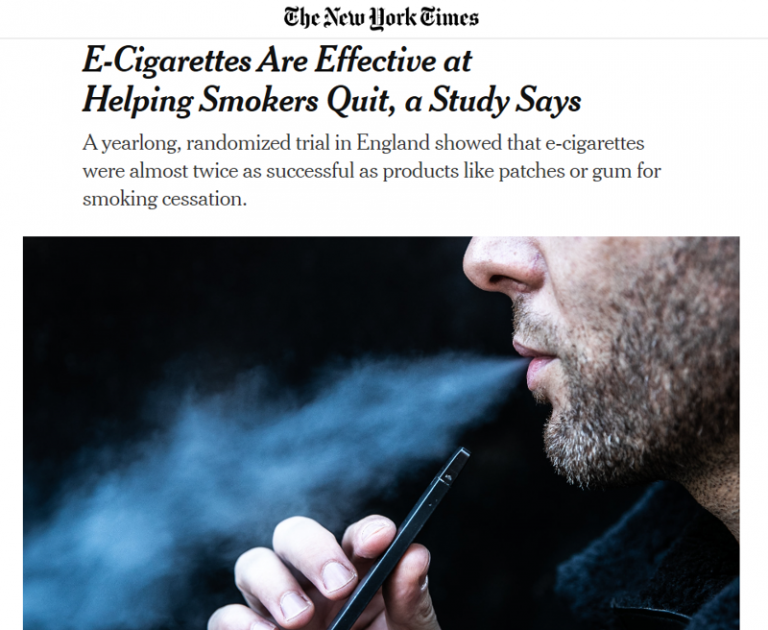 As reported in JAMA and published in another leading medical research journal, the New England Journal of Medicine (NEJM) the landmark study, a “seminal study” according to medical authorities, establishes that vaping of nicotine is effective for stopping use of tobacco by smoking, affirming vaping as a new medical gold standard for smoking cessation. It’s even more effective than nicotine replacement treatment (NRT), based on critical evaluation of the research study by medical professionals, leading authorities, and major mass media. (Coincidentally, NEJM is the top medical research journal that published another seminal study not long ago – the study establishing that Schedule II opioids were safe and effective to use for all pain, including chronic pain.)

It’s just that – the study in question establishing vaping as a new medical gold standard actually provides no evidence at all of benefit for smoking cessation from either NRT or e-cigarette use, instead points to no benefit. And it turns out that the demonstrably false, unvalidated claims of benefit (of about 10 percent and 20 percent cessation success rates for NRT and vaping, respectively), were based on errors in experimental design and interpretation of the most elementary and demonstrable types.

adds to evidence disconfirming net benefit for the condition of compulsive use of tobacco by smoking by use of e-cigarettes to vape nicotine.

“The study wasn’t a controlled experiment designed to prove whether or how vaping might impact smoking habits for users of traditional cigarettes. And, the study also wasn’t designed to test the safety or effectiveness of e-cigarettes as a smoking cessation aid.”

Compared to smokers who did not vape, smokers who also vaped at the end of the time the cohort (cohort 1) was followed reduced amount of tobacco smoked by 1.7 cigarettes fewer per day, and over the course of the study smoked more per day than non-vapers by 1.4 cigarettes. Potential health and risk effects of those differences are not known.

In the cohort of former tobacco smokers who had stopped (cohort 2), those who used e-cigarettes were more likely to return to smoking tobacco (figure below) than those who did not vape.

That is, the evidence failed to support conclusion of any net benefit from use of e-cigarettes. 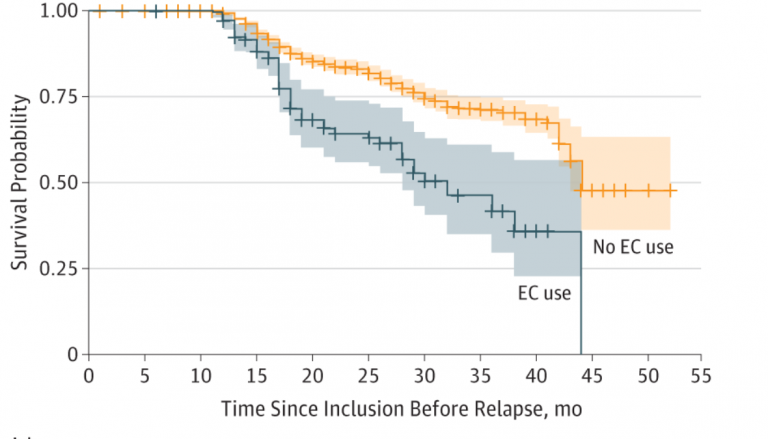 Lack of evidence for clinically significant benefit to tobacco cessation rates and other outcomes in this study along with considerations including mounting evidence of health risks attributable to vaping led independent researchers to conclude:

“E-cigarettes do not have the same level of known carcinogens as cigarettes, so they are safer in this respect,” said Thomas Wills, a researcher at the University of Hawaii Cancer Center in Honolulu who wasn’t involved in the study.

“However, in the last three years a lot has come out on other side effects,” Wills said by email. “There are now 15 studies showing a linkage of e-cigarette use to respiratory disease (asthma and COPD) in both adolescence and adulthood … so it’s difficult to argue seriously that e-cigarettes are safe from a health standpoint.”

Smokers who want to quit should try other cessation aids like nicotine replacement patches or Chantix, a prescription smoking cessation drug, before attempting to quit aided by e-cigarettes, Wills advised.

While some people do achieve long-term cessation with the help of e-cigarettes, this is a small fraction of smokers, said Stanton Glantz, director of the Center for Tobacco Control Research and Education at the University of California San Francisco.

“E-cigarettes should not be recommended for smoking cessation,” Glantz, who wasn’t involved in the study, said by email. “Dual use is more dangerous than smoking alone, which is an important and under-appreciated effect.” 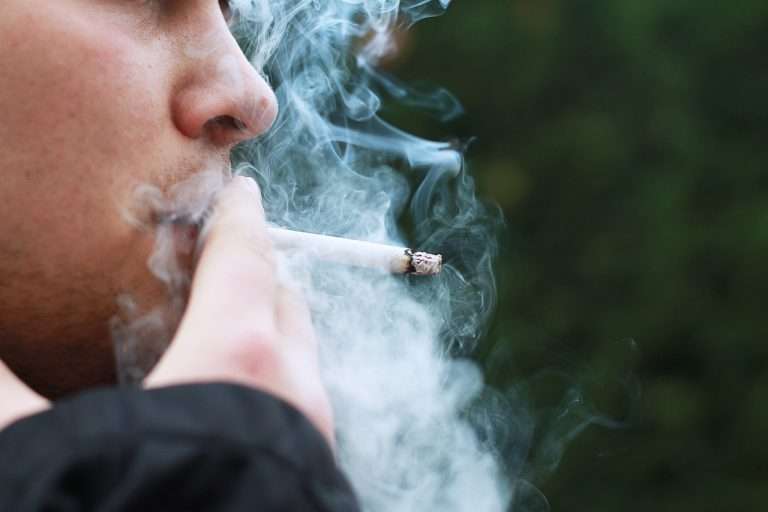 YOUTH VAPING AND NICOTINE-DIABETES LINK: IT’S NOT GOING AWAY 

“DOPESICK” IS THE NEW HEROIN

IN DELAWARE: PREDICTABLE CONTINUING SURGE IN HIGH RISK OPIOID USE AS MEDICAL CURE FOR HIGH RISK USE IS INCREASINGLY PROVIDED