The presentation (Reducing Harm: Toward a Validated and Integrated Practice Theory and Treatment Model for Problem Substance Use) is a research-based critique of clinical models and practices that have led to the opioid crisis and a national substance use epidemic, with synthesis of most recent primary research toward models for effective treatment, including 37 references and links to primary research and other sources. Columbia Pacific Coordinated Care Organization invited, reviewed, and approved the presentation, then banned it weeks later only directly after public release by me of documentation of their misuse of public healthcare funds (see copy of letter from CPCCO legal counsel below).

The material was censored from a conference organized by CPCCO to address the opioid crisis and worsening substance use problems, consequences of those epidemics in Oregon among the most dire nationwide, with the rural counties of NW Coastal Oregon – where use of public healthcare funds for Affordable Care Act (ACA) patients is overseen by Columbia Pacific CCO – ranking high as problematic among counties in Oregon, where the problem is described as a “public health crisis” and “epidemic”, with more prescription opioid pills (280 million) prescribed than in any other state and 150 deaths annually attributed to overdose by prescribed opioids. More recent findings identify Oregon with the highest rate of older adults hospitalized for opioid use problems . Tillamook County is fifth among counties for continued prescription of opioids, with Clatsop County, also in the region, in the top ten. Annual opioid overdose deaths in the three counties in this rural Oregon region exceed national rates by up to 40% (see graphic here).

But there are problems – big ones – with how Columbia Pacific and other managed care organizations are using public healthcare funds to fund clinical practices to address the opioid crisis and addiction in general, something the public, trapped in those epidemics, has a right to know.

In Oregon, use of Medicaid funds under the ACA to address the opioid crisis by selectively funding treatment approaches – including inextricably linked mental health (MH), primary care (PC) and substance use (SU) services – is controlled by regional Coordinated Care Organizations (CCO) acting as insurance companies and driven by business and medical models of operation. In rural Oregon most hard-hit by the opioid crisis those insurance payers include Care Oregon (CO), Columbia Pacific CCO (CPCCO) and Greater Oregon Behavioral Health Inc. (GOBHI, for mental health funds), each taking a central role in determination and dissemination of clinical treatment direction to treatment providers and control of practices through allocation and withholding of public funds for selected treatment models for ACA Medicaid patients.

Columbia Pacific determined that Medication-Assisted Treatment (MAT) with the prescribed substitute opioid Suboxone as the Assisted component of MAT will be the focus of treatment response to the crisis, developing and naming a MAT program at the OHSU  (Oregon Health Sciences University) primary care clinic in Scappoose, Oregon as a model program, a “hub” and “center of excellence” for opioid crisis response.

When buprenorphine (Subutex or Suboxone) substitution works, it can effectively provide a period of improved mood, thinking, and functioning in life that supports effective participation in the actual treatment part of MAT (evidence-based psychotherapies for the psychological conditions and stresses driving compulsive substance use, a focus of multiple Upcoming Posts) by motivated patients, with predicted benefit.

A second MAT program at Rinehart Clinic in Wheeler, Oregon has begun providing partial agonist (Suboxone) MAT under the clinical guidance and support of the CCOs. Rinehart Clinic in Oregon was a focus of scrutiny for alleged over-prescription of opioid pain medications.

But as described in detail in Upcoming  posts here and here,  citing and discussing the most current research, the evidence for effectiveness of MAT is at best mixed, with recent studies showing treatment failure. More importantly and troubling, constituting abuse of public healthcare funds, under medical models and management and direction provided by Columbia Pacific CCO, none of the behavioral health services planned and provided at either of these MAT programs constitutes evidence-based treatments for opioid abuse or substance use disorders – none predict benefit for the problem of opioid dependence.  For example, at Rinehart Clinic, patients on Suboxone were placed in support group meetings as part of the programming.

Instead of therapies supported by research as effective (“evidence-based practice”)  these programs substitute and bill for: self-help groups, “check-in” groups, and “process groups”, none of which constitute a form of treatment for a substance use disorder and constituting apparent Medicaid abuse and perpetuating public harm in the opioid crisis. At Rinehart, there are no qualified mental health professionals (QMHPs) with credentialing or background in substance use treatment providing treatment services. 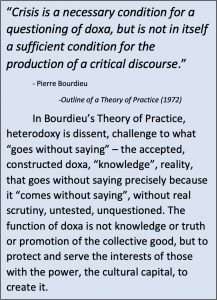 Additional malfeasant use of public funds by Columbia Pacific has included and involved:

These types of concerns and others were made public on or around March 26, 2018. Description and documentation of the range of malfeasant use of public healthcare funds by regional CCOs required a 29-page press release to expose practices a public trapped in opioid and addiction epidemics has a right to know. Directly following the release, in apparent censorship and retaliation for the release Columbia Pacific CCO blocked the presentation. 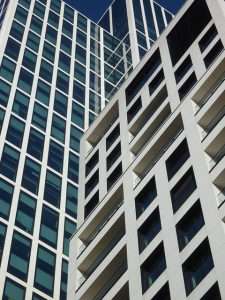 The stated reason for barring the presentation from the Summit is bogus, because although CPCCO may have formalized “standards of service and expectations” for clinical practices of providers it contracts with, it would not have formalized standards and expectations for the “treatment philosophy” or “statements” of such providers, overtly pointing to the real intent and motivation driven by censorship, avoidance of accountability, and threats to freedom of expression open public and scientific discourse.

Request copies of the release and/or censored presentation at CONTACT page.

The blocking of the presentation overtly constitutes retaliation and intimidation for the press release. The invited presentation (Power Point file, request here) was made available 2/5/18 to CPCCO, on their request for review for Continuing Medical Education (CME) accreditation for the Summit, with no concerns raised. “Concerns” and censorship arose only directly after CPCCO became aware (late March or early April) of the press release to media. 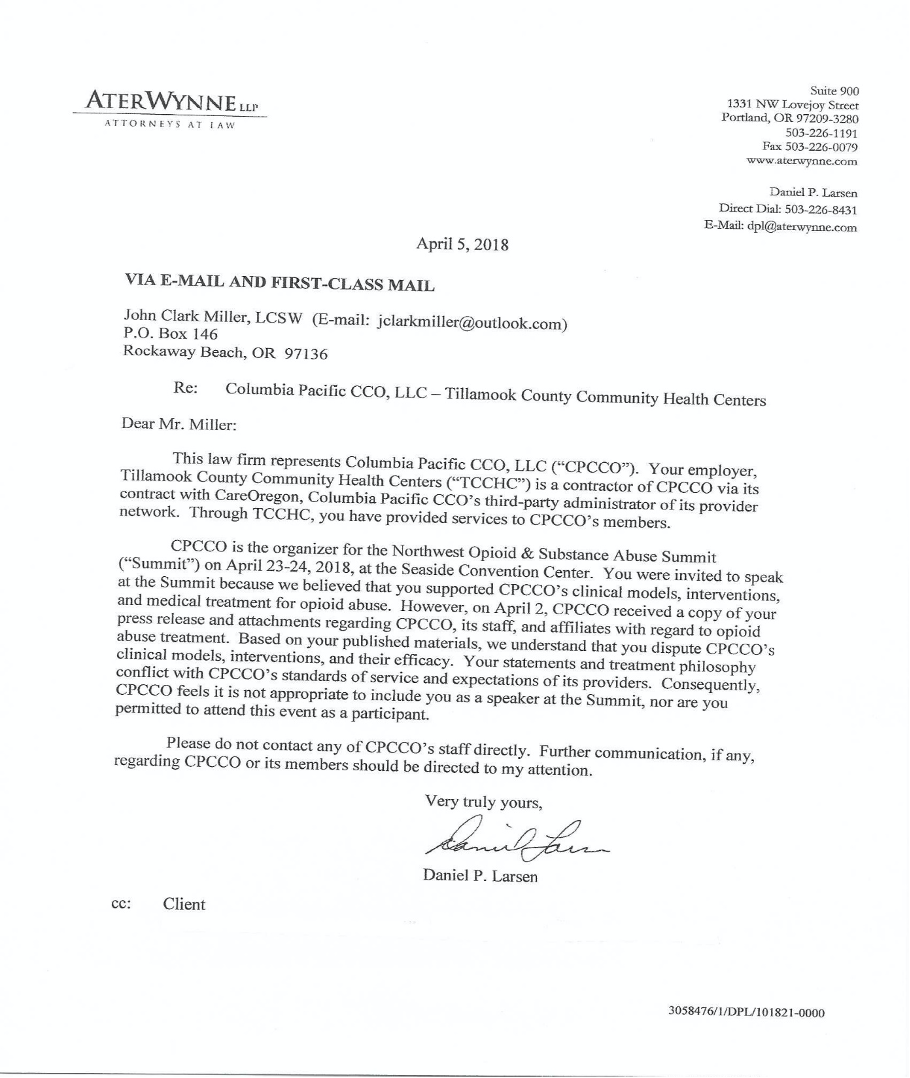