MEDIA PROVIDED, IGNORE WARNINGS OF DIRECT LINK FROM VAPING TO DIABETES FOR 4 YEARS WHILE VAPING AND DIABETES SURGED

Scientists at one of America’s leading medical research universities warn that an “important” new study should serve as a serious wake-up call for e-cigarette smokers.

Frequent vaping can increase a person’s risk of developing high blood sugar — known in medical circles as prediabetes — which is reversible, but often leads to full-blown type 2 diabetes and a host of serious health problems later in life, according to the report published Wednesday in the American Journal of Preventive Medicine.

Biswal continued, “With both e-cigarette use and prevalence of prediabetes dramatically on the rise in the past decade, our discovery that e-cigarettes carry a similar risk to traditional cigarettes with respect to diabetes is important for understanding and treating vulnerable individuals.”

They found that those who vape — a popular pastime among teens and 20-somethings — are 22% more likely to develop prediabetes than those who had never partaken. Meanwhile, traditional cigarette users were 40% more likely to suffer from the condition.

“In the case of cigarette smoking, nicotine has a detrimental effect on insulin action, and it appears that e-cigarettes may also have the same effect,” said Biswal, adding that participants who vaped were found to have worse mental and physical health than nonsmokers.

The link between electronic tobacco dispensers and prediabetes is still unclear. However, nicotine — which is found in both e-cigarettes and traditional cancer sticks — is known to spike blood sugar levels. And, while prediabetes is reversible, it is a precursor to type 2 diabetes, a chronic condition that can lead to heart disease, stroke, kidney failure and other serious complications.

Four years later, research results affirming what was always predictable are appearing, but just barely and not in major media focused on the  distractions and fabrications necessary for protection of healthcare practices.

Given the possible link between e-cigarette use and prediabetes suggested in the study, researchers recommend discontinuing the use of vaping products as a means to reduce stress. Meanwhile, the study also showed e-cigarette users reported a greater prevalence of higher risk lifestyle decision.

“Our effort for smoking cessation has led to a decrease in smoking traditional cigarettes. With this information, it is time for us to ramp up our public health efforts to promote the cessation of e-cigarettes,” Biswal concluded.

Current e-cigarette users had 20% higher odds of having prediabetes compared with those who never used e-cigarettes (OR 1.22, 95% CI 1.10-1.37), reported Shyam Biswal, PhD, of Johns Hopkins Bloomberg School of Public Health in Baltimore, and colleagues.

In addition, former e-cigarette users had lower but still elevated odds of prediabetes (OR 1.12, 95% CI 1.05-1.19), they noted in the American Journal of Preventive Medicine.

Here’s the email text of the story tip release for the first post highlighting the known, direct link to diabetes from nicotine, provided media in September of 2018, with citations of the primary research –

Promotion of e-cigarettes to address tobacco use as “harm reduction” is supported by the medical establishment citing signs of decreased rates of both tobacco and e-cigarette use by youth, but more recent data point to worsening effects: booming rates of vaping by kids, increasing their risk of smoking, and through the known and ignored action of nicotine helping to fuel a diabetes epidemic.

Here’s the text of a story tip release, emailed November of last year for a post published in  December of 2018 (with separate story tip release at that time) and updated October of 2021 with new research pointing to recent increases in onset of diabetes in youth corresponding to surges in vaping and highlighting the confluence of two public health dangers – exploding use of nicotine by vaping including by young people, and new concerns about increasing rates of diabetes in youth –

With new vaping approvals last week, have regulators been “snuck up on” again?

Excerpts from the new post at Illness and Cure

That apparent reversal of historically declining cigarette use in youth concurrent with booming vaping is now evidenced by newly released data from both Health Canada and from population health surveys in France, where ““the downward trend in daily smoking observed between 2000 and 2008 reversed, with a slight increase over the 2008 – 2014 period.” Ireland now joins the U.S., Canada and France with clear signs of reversal of decades-long declines in youth cigarette use, linked to vaping of nicotine as a gateway.

The missing, potentially lethal, epidemic links – missing from the scientific reviews, medical industry recommendations, and media accounts – are the:

Pediatricians are raising alarms about new evidence for increasing prevalence of type 1 and type 2 diabetes over the past two decades, based on a 2021 report in JAMA.

The findings appear more consistent with effects related to the known direct relationships among nicotine and risk of development of diabetes and surging nicotine use in youth tied to the vaping epidemic than to effects of persistent increases in youth obesity alone, another significant risk factor.

From the JAMA report –

The significance and potential public health threat of these trends, which may include nicotine use by youth increasingly by mutually reinforcing routes of administration – vaping and return to cigarette smoking – is heightened by concurrent increases in incidence of type 2 diabetes and a primary risk factor for its onset, obesity.

Remarkably, the esteemed Academies and Medical Industry reviews and recommendations along with media analyses of results, policy, and implications for public health have not yet addressed the concurrent public health epidemics directly impacted by vaping “harm reduction” promotion campaigns – childhood obesity epidemic and childhood and adult diabetes epidemic fueled partly by nicotine use. 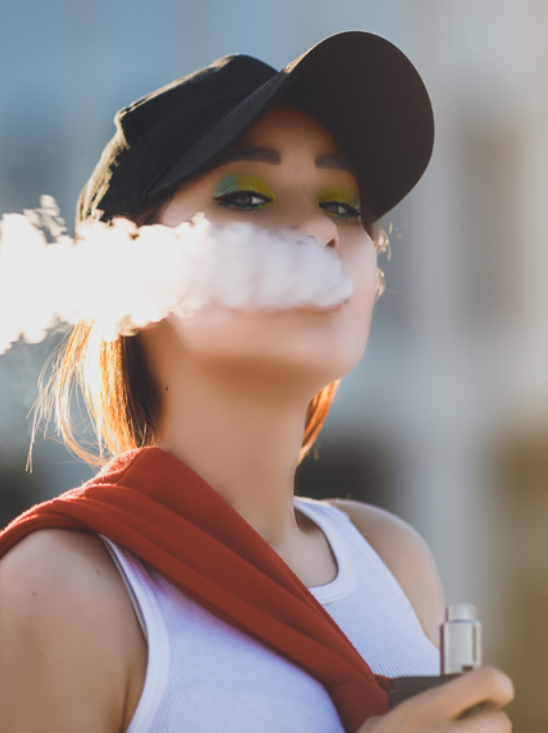 “I MEAN IT’S CRAZY, IT’S UNFORTUNATE, AND WE HAVE NOTICED MORE CALLERS IDENTIFYING FENTANYL AS THEIR DRUG OF CHOICE”