DIRECT NICOTINE LINK: YOUTH PREDIABETES SURGES ALONG WITH VAPING, NOT EXPLAINED BY OBESITY

As predicted, large increases among youth in use of nicotine by inhalation as use of e-cigarettes (vaping) has surged are associated with newly reported doubling of teen prediabetes prevalence over the same period. That was foreseeable based on the direct link between nicotine and risk of diabetes onset, as explained here at A Critical Discourse beginning in August of 2018 and in posts repeatedly after that. The new report follows publication of the same predictable results for adults four weeks ago, described here.

According to National Health and Nutrition Examination Survey (NHANES) data on over 6,500 youth, the prevalence of prediabetes increased from 11.6% in 1999-2002 to 28.2% in 2015-2018, Junxiu Liu, PhD, of Icahn School of Medicine at Mount Sinai in New York City, and colleagues reported in JAMA Pediatrics.

Some of the sharpest spikes in prevalence occurred in youth with obesity. Increases across BMI groups form 1999-2002 to 2015-2018 were:

That’s a distortion of the results. For kids with obesity, the prevalence about doubled, that is, increased by a factor of 2.2. For overweight kids, prevalence was close to doubling, a factor of 1.8.

An exact doubling would be an increase by a factor of 2.0.

And for kids underweight or normal weight, the increase in prevalence was greater than for overweight or obese kids, 2.6, or a factor of slightly more than two and a half.

That is, the spike in prevalence of prediabetes for youth over a period of surging use of nicotine by vaping was not accounted for by obesity. The increase was about as much for overweight as for obese (a higher BMI than overweight) and was, notably, highest for kids who were normal weight or underweight.

Here’s the email text of the story tip release for the first post highlighting the known, direct link to diabetes from nicotine, provided media in September of 2018, with citations of the primary research –

Promotion of e-cigarettes to address tobacco use as “harm reduction” is supported by the medical establishment citing signs of decreased rates of both tobacco and e-cigarette use by youth, but more recent data point to worsening effects: booming rates of vaping by kids, increasing their risk of smoking, and through the known and ignored action of nicotine helping to fuel a diabetes epidemic.

Here’s the text of a story tip release, emailed November of last year for a post published in  December of 2018 (with separate story tip release at that time) and updated October of 2021 with new research pointing to recent increases in onset of diabetes in youth corresponding to surges in vaping and highlighting the confluence of two public health dangers – exploding use of nicotine by vaping including by young people, and new concerns about increasing rates of diabetes in youth –

With new vaping approvals last week, have regulators been “snuck up on” again?

Excerpts from the new post at Illness and Cure

That apparent reversal of historically declining cigarette use in youth concurrent with booming vaping is now evidenced by newly released data from both Health Canada and from population health surveys in France, where ““the downward trend in daily smoking observed between 2000 and 2008 reversed, with a slight increase over the 2008 – 2014 period.” Ireland now joins the U.S., Canada and France with clear signs of reversal of decades-long declines in youth cigarette use, linked to vaping of nicotine as a gateway.

The missing, potentially lethal, epidemic links – missing from the scientific reviews, medical industry recommendations, and media accounts – are the:

Pediatricians are raising alarms about new evidence for increasing prevalence of type 1 and type 2 diabetes over the past two decades, based on a 2021 report in JAMA.

The findings appear more consistent with effects related to the known direct relationships among nicotine and risk of development of diabetes and surging nicotine use in youth tied to the vaping epidemic than to effects of persistent increases in youth obesity alone, another significant risk factor.

From the JAMA report –

The significance and potential public health threat of these trends, which may include nicotine use by youth increasingly by mutually reinforcing routes of administration – vaping and return to cigarette smoking – is heightened by concurrent increases in incidence of type 2 diabetes and a primary risk factor for its onset, obesity.

Remarkably, the esteemed Academies and Medical Industry reviews and recommendations along with media analyses of results, policy, and implications for public health have not yet addressed the concurrent public health epidemics directly impacted by vaping “harm reduction” promotion campaigns – childhood obesity epidemic and childhood and adult diabetes epidemic fueled partly by nicotine use. 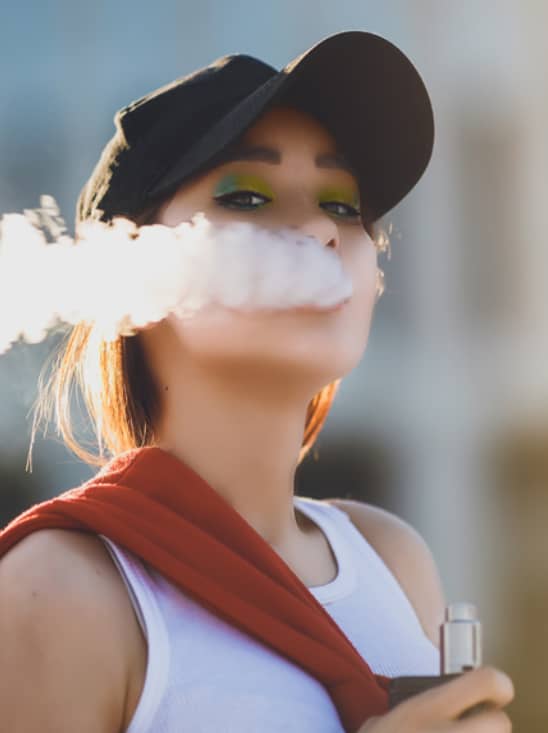